Skip to content
Latest News
In America, the age of both the presidential candidates, there seems to be talk of retiring from politics in India. The Bharatiya Janata Party has made the age of 75 years of retirement for its leaders. Joe Biden, the Democratic Party’s presidential candidate, is 77 years old. If he wins the election, when he becomes president in America, then he will become 78. The current President Donald Trump is 74 years old.

There has always been a debate around the world about the age of the leader of the country. By which age, he can work with more energy and mental capacity, can decide. A Bloomberg data says that the average age of the world leader in the year 2019 is around 65 years. The average age in Europe is decreasing. It is now around 59 years.

Surprisingly, in the last few decades, the average age of world leaders has increased worldwide. According to data from Bloomberg itself, the average age of world leaders in the 1950s was 59 years. If we look at the present age of the leaders in the world, then 89 year old Raul Castro is the head of the nation of Cuba and is taking over the reins of his country. However, now a new wind of young nation heads has started blowing in Europe. In most of the countries, the new chiefs are between 30 and 50 years old.

Why are Americans choosing an old president?

In such a situation, this question definitely arises whether the people of America now want to see the aged or experienced person as the head of the nation. Trump was 74 at this time. When he took power four years ago, he was 70 years old, but fitness never entered the work of trump. He seems to be super fit. Biden is 77 years old. On the fitness front, he seems fit.

Also read – Know what are popular votes, in which Biden is ahead of Trump

President of different ages in America in last three decades
The interesting thing is that in the last 30 years, America has seen the President of different ages. If George W. Bush Sr. had become president three decades ago after he was 64 years old, and there would have been reports of him worrying about his fitness. So after him, Bill Clinton, who defeated him in the elections in 1992, was just 46 years young. He had tremendous energy and a great charm in his personality. 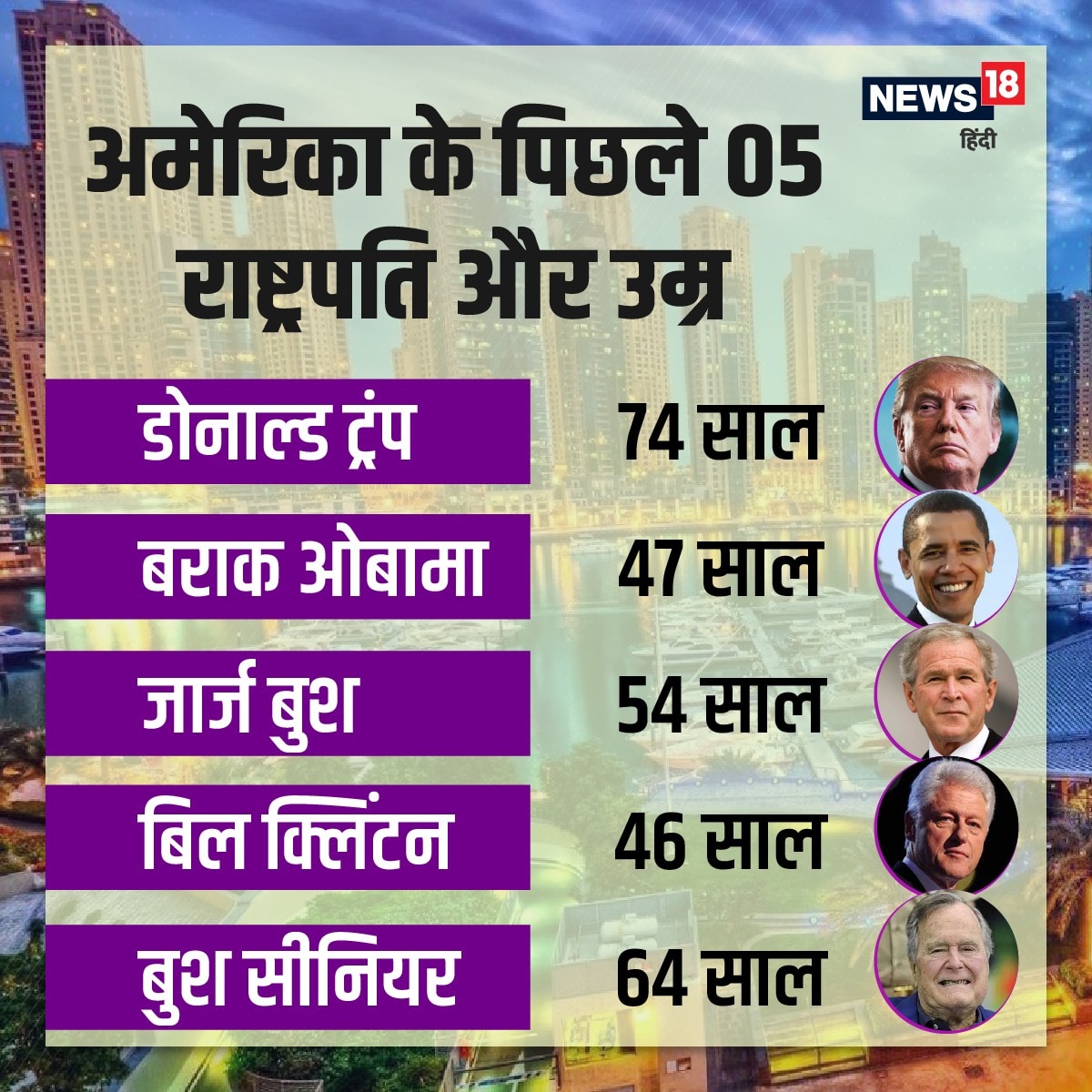 After this, George Bush Jr. became President at the age of 54. Barack Obama was just 47 years old when he became the US head of state. That is, America has been making people of different ages presidents in the last 03 decades. Recently, when the process of Presidential elections started in America, there was also the matter of debate whether the President of America should be so old as Trump or Biden.

Has age shown any effect on Biden?
However, some impact of age on Biden was definitely seen when he was elected the President of the Democratic Party on Super Tuesday earlier this year. Then three things happened. The crowd welcomed it tremendously. Biden is confused about the difference between his wife and sister. The third is that there were some shortcomings in his speeches in recent times. But later he completed his entire election campaign very smartly. Donald Trump did the same. The way both of them poured their energy into the election campaign, their age did not come in the way.

Trump and Biden are both older
Now whether Trump becomes president or Biden – both will be the oldest president in American history. Both were born in the 40s, ie before the independence of India and Israel. As mentioned earlier, both of them are far older than the last three presidents of America.

More American voters are also getting older
The American media tried to find a tremendous answer to this. He believed that since American voters are also getting older, that is why their President candidate is also old. Generally, people above 65 years of age are very restrictive in voting in America. They definitely use their franchise.
In an article published in the American magazine Atlantic, a research in political science says that voters usually prefer candidates who are around their age. It is visible that elderly politicians are being preferred in more aging countries. 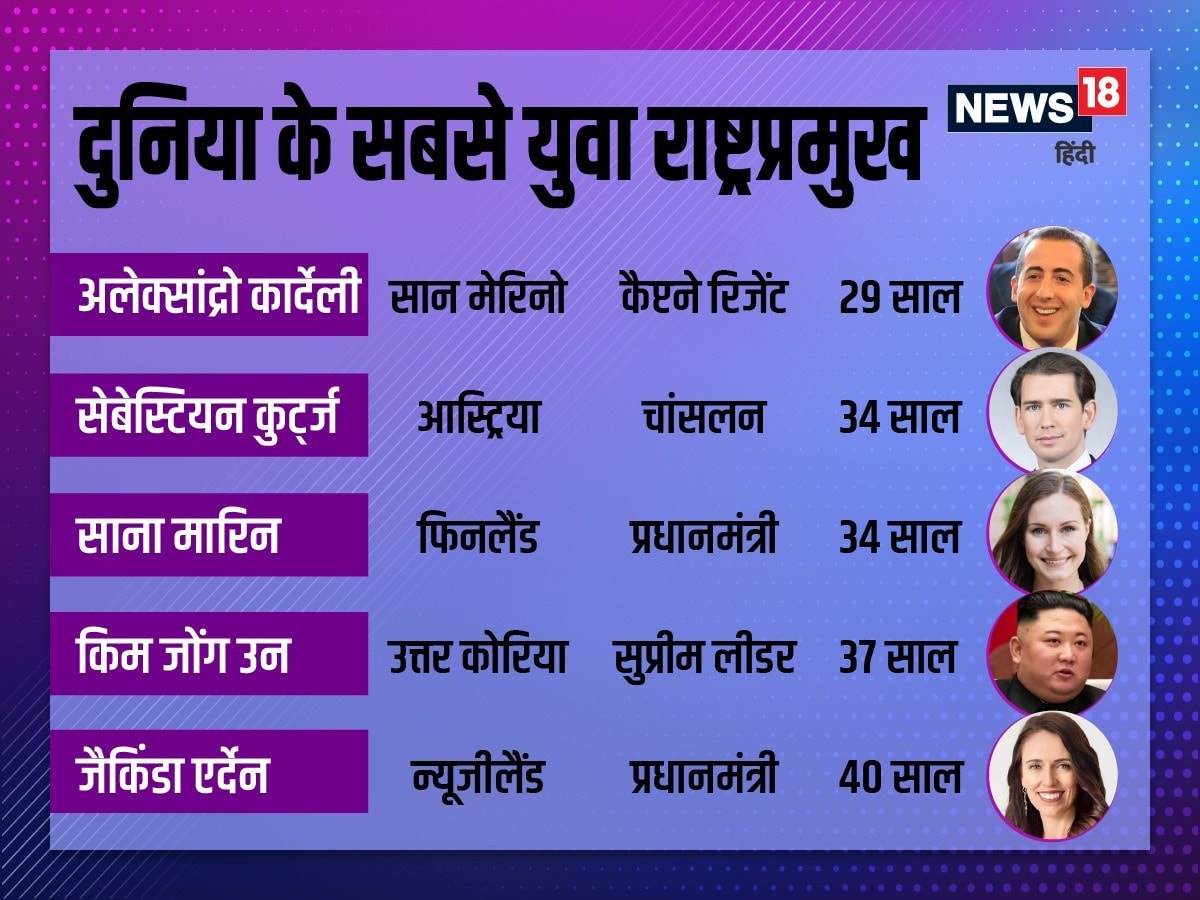 Europe is turning upside down, young nation heads are growing there
Although this thing seems different in the case of Europe. Since the 1980s, there is a growing crowd of elderly people in Europe, but European Union leaders are being elected more young. This is the condition of most countries from Britain to Europe. That is to say, the formula which fits in America has been rejected by Europe more or less.

Read also – What is ‘Samosa Caucus’ in America, which Indians got a place in it after the election

America’s magazine, The Economist, says that in America, older voters are more than youngsters. This is true to a great extent. The Politico magazine also affirms that the average voter age in America is 57 years. This graph shows how the average age of nation heads is changing in the world, so how the age of leaders in Europe is changing.

American media also says that after 1996, whoever became the president of the US was less experienced than the predecessors of America’s national politics, so there is a big experience behind choosing an older president. Is a factor. 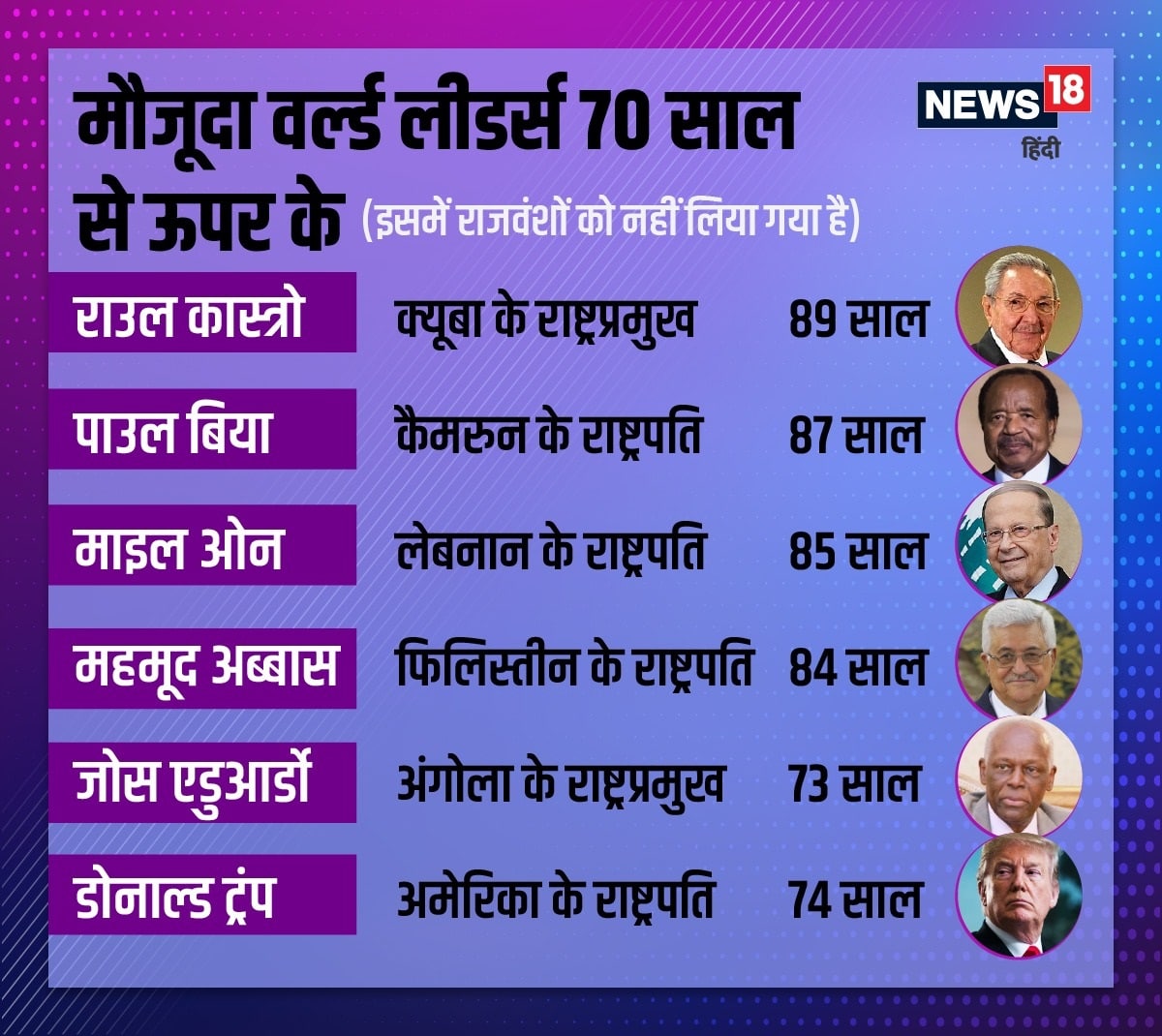 Important parts of American machine above 75 years
America is such a machine, which all the important parts that can be run can usually be called vintage. The age of Congress members is the highest this time. House Speaker, Leader of the majority party in the House, Leader of Opposition and Senator Most of the leaders are above 75 years.

Two-thirds of American wealth is in the hands of one-third of the elderly
In America, if you talk about business or science or finance – all the power is in the hands of old people. For the last 40 years, the average age of Nobel laureates in any field in America has increased.

In the last 14 years, the CEOs who are becoming CEOs in all companies are also becoming 14 years old. Of course in America, people 55 years or older can be less than one-third, but two-thirds of America’s wealth is in their hands.

American elderly are living more and working more
Americans with higher incomes are living longer and working longer hours. Of course, leading the country can be a tiring task but it is not like working in a factory or construction sector. It is clear that the number of older people in the work workforce is increasing now. Their experience is not only working from place to place, but they are proving themselves and the real thing is that the real strength of America is now more in the hands of people beyond 70 years of age.